Zipolite, Mexico! The contrast, the culture, the mountains, the lakes, the beaches, and the food. Oh, the food! Let me tell you about a story that goes all the way to Zipolite in Mexico.

We came to know Zipolite in a very particular way. Joaco and I had just moved to Mexico a couple of days ago. We decided to make a road trip to get to know Mexico better. We had no particular destination.

After spending a couple of nights in different towns and many hours driving, we arrived at the south's coast, aiming to get to Puerto Escondido, a popular beach destination. But, unfortunately, it was nighttime, and we didn't know where we would spend the night.

The first hotel that came up on my Blackberry was El Alquimista (my favorite nudist resort). We called immediately with an intermittent signal. They had one room available. We accepted, and as soon as we hung up, we checked on the map to realize we were another forty-five minutes away.

El Alquimista, in Zipolite, also has, in my opinion, one of the best restaurants in town.

We have been coming back repeatedly every year.

Table of Contents show
The State of Oaxaca
How to get to Zipolite
Zipolite Mexico hotels culture
A customized eating experience
Top 5 reasons why we love Zipolite
Wondering what does Zipolite mean?
Another 5 Reasons to visit the Pacific Side of Oaxaca
The Mexican cuisine
Making a mole in Zipolite
Having a vegetarian diet in Zipolite

The State of Oaxaca

People from that region are charming. They live in a different rhythm. Oaxaca has beaches, prices, and gastronomy that can satisfy backpackers and luxury-seeking tourists.

Also, both Zipolite and the state of Oaxaca, where it belongs, are very safe destinations for tourists. We have driven across the whole state several times, and as the foreigners we are, we never experienced any single threat or perceived anything strange.

We lived in Mexico City for 8 years. We drove across states, informing ourselves first regarding any safety concerns, and Oaxaca was always on the "safe list" amongst locals and the expats' community.

I highly recommend you to get a USD 65-90 cabin for two in front of the beach. We just kept going back to the same hotel and the same room. We have gone several times, and the prices always vary depending on seasonality. For example, new Year and Summer being the priciest.

How to get to Zipolite

Getting to Zipolite is easy; book yourself a flight to either Huatulco or Puerto Escondido airport.

From Puerto Escondido to Zipolite, I recommend getting a private taxi which will take about one hour. From Huatulco to Zipolite, the distance is about the same, one hour by car. Zipolite is halfway between Huatulco and Puerto Escondido, so look at which airport connection or fare is better for you since it won't make a difference.

Also, it is pretty easy to move between beaches on public transport. All the beaches of the region are conveniently accessible through the road that runs along the coast. So if you don't rent a car, you can easily move using public transportation. It will always be about a fifteen minutes ride from town to town.

Playa del Amor is the name of the famous nudist beach in Zipolite.

If you like to surf, Zipolite is a great place to surf, but the surfing mecca is Zicatela, a beach that is situated fifteen minutes south of Puerto Escondido.

If you live in Mexico and are planning to drive, you have two options:

We recommend getting to Zipolite by plane, as explained before, and then renting a car. That is your best and safest option.

Zipolite Beach is very popular with foreign tourists, ex-pats, and Mexican hipsters. Tourists, especially backpackers, tend to stay in one of the many rustic cabins or camping spaces that line the beach.

There are different types of hotels, generally clothing-optional, as this is one of the main things Zipolite is known for.

People are very natural about nudity, so you can expect to practice nudity (or not) without even noticing a difference in anyone’s attention, which is great.

Our favorite hotels in Zipolite

After getting up in the morning, stepping into white sands as you open your cabin's door, maybe topless or nude (as Zipolite is a clothing-optional beach), and taking twenty steps to get a customized breakfast, there is no way back.

We have been Juicing for Health for years now, and they were always happy to make our juices as customized as possible in every single breakfast.

We had our Green Morning Juices, our Carrot, Apple and Celery Juice, and Beetroot Celery Juice, interchangeably made in minutes, without disrupting our routines.

Top 5 reasons why we love Zipolite

Wondering what does Zipolite mean?

The origin of the name Zipolite has been lost over time, but there are two versions. One says that it is translated from the Zapotec dialect and means "beach of the dead." Locals informed us that the Zapotecs offered the bodies of their dead to the sea. Another version says that it comes from the Nahuatl dialect words zipoliti or sipolitlan, meaning "bumpy place" or "place of continuous bumps or hills."

Another 5 Reasons to visit the Pacific Side of Oaxaca

We are crazy about food, and Mexican food is amongst our Top 3, so we need to talk more extensively about this aspect as Zipolite has some yummy bites!

Although many Mexicans' cuisine relies on meat, an equally important part of it is plant-based.

Oaxaca is well known for its fantastic gastronomy and its amazing relaxed beaches running through a vast coastline.

We also had some fantastic gastronomic experiences in Zipolite, where we were taught from A to Z how to make an authentic Mexican Mole. Keep reading!

In 2010, UNESCO declared Mexican Cuisine as an Intangible Cultural Heritage of Humanity.

It came as no surprise for many since traveling in Mexico makes you realize how many different foods, flavors, smells, customs, and ancient cooking techniques you ignore.

Did you know that avocados originated in South-Central Mexico a couple of thousand years B.C.? The Hass variety is the most famous, but there are about five hundred varieties.

Did you know that there are about twelve thousand varieties of corn? They were all originated in Mexico.

Each of these crops deserves an article on its own. Still, I come to save a special place here for them because after living in Mexico for seven years, I learned about varieties that I didn't know existed and new ways to prepare and cook them. 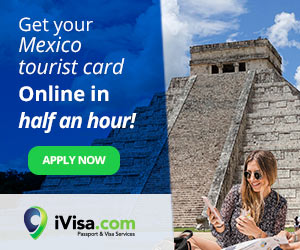 I found it interesting that corn is central to Mexican gastronomy; bread doesn't have the share it enjoys in most occidental tables, which means less wheat, less gluten, and fewer celiac populations.

Coming from Panama, giving a chance to corn in my meals wasn't strange; it was more of a change for Joaco. Seven years after, one of the several things that we miss from Mexico is hand-made corn tortillas.

In Mexico, they use an ancient technique to treat the corn, which gives it a unique taste; thus, these exquisite tortillas are not easy to get anywhere else in the world.

Nixtamalization was born 3500 years ago in Mesoamerica, now Mexico and Central America. In this process, the corn is soaked and cooked in an alkaline solution, usually limewater, washed, and then hulled.

Nixtamalized corn has several benefits over unprocessed grain: it is more easily ground; its nutritional value increases; its flavor and aroma are improved.

You can usually find yellow and blue corn tortillas and green and red if you explore further.

Tortillas are at the center of Mexican Cuisine. You can turn anything into a taco; that's what makes things interesting: from street food to high-end Michelin acclaimed restaurants, tacos will be on the menu.

All Mexicans and visitors that have ever tasted Tacos love them!

If you are not initially captivated by the corn tortillas' flavor, you can start flirting with tacos eating wheat tortillas. You can find wheat tortillas everywhere, but it is just not the real thing.

Tacos will get into you, either little by little or love at first bite. When you get back from vacation, you will already be missing them.

A perfect way to get acquainted with the complexity of Mexican Food is getting to know the Mole.

Mole is a traditional sauce or marinade. People use mole on top of many dishes. Its history goes back to the XVII century, with different versions going from mistakes to the willingness to create something incredibly different to honor special guests' visits.

Mole has about 50 variations around Mexico, and two states in Mexico claim its origin, Puebla (Mole Poblano) and Oaxaca (Mole Oaxaqueño).

Initially, Mole had more than one hundred ingredients, including chiles, chocolate, and almonds. Today this number varies depending on the Mole and the region.

Making a mole in Zipolite

It was an extraordinary experience to learn first hand, to make masterpieces from Mexican Culinary Art.

Having a vegetarian diet in Zipolite

On our first trips to Zipolite, we ate fresh and local seafood. After we embraced a plant-based lifestyle, we were surprised by the cooks' ability to veganize any dish! Truly Amazing!

I was in the middle of my one-year Gastronomy Program in Mexico City. While making a vegetarian request to Fernanda, our waiter, we started speaking about Mexican cuisine. At the slow-paced Zipolite, she had the time and loved the topic.

Suddenly, she opened her eyes widely and said: I have an idea!

She took out her phone, sent a text, and gave us a great smile offering us to come to her mothers' beach-front kitchen.

Teo taught us all the secrets of the Oaxacan Mole. A seventeen ingredients one.

Teo gave me the most fantastic cooking class I have experienced in my life. I hope some of these photos portray it.

With that, we close finished our last experience in Zipolite. Another great one!

We hope we have inspired you enough to try Zipolite Beach!